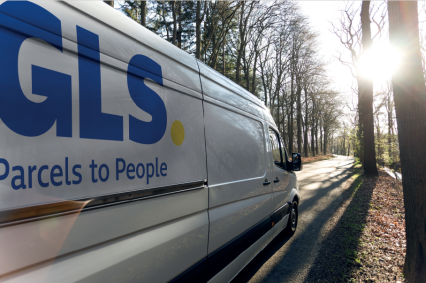 Amsterdam, 8 October 2021 – General Logistics Systems (GLS), a leading parcel service provider, has agreed to acquire a Canadian logistics company Mid-Nite Sun Transportation Ltd that operates as Rosenau Transport. Rosenau Transport is one of the largest independent freight carriers in Western Canada and has a complementary service area to GLS’ existing Canadian business. The combination of the two businesses will unlock significant growth opportunities for GLS with new and existing customers in both the Canadian and US markets. The acquisition is subject to the customary closing conditions and regulatory approvals.

Founded in 1957, Rosenau Transport has 24 owned hubs and depots throughout four provinces, generating unaudited revenue of C$175 million in the 12 months that ended on 31 August 2021. With this expansion of its existing operational activities in Canada, the service area of GLS now covers most of the Canadian population. It also provides a link to GLS operations along the US West Coast, as the Rosenau Transport network moves to GLS’ combined freight and parcel model. The total consideration is C$360 million, approximately €245 million on a debt- and cash-free basis.

Canada is the world’s ninth-largest economy, with a combined parcel and freight market of approximately C$25 billion that’s growing about 5% per year. GLS entered this market in 2018 through the acquisition of Dicom and operates a network of about 30 hubs and depots, with 1,400 employees. The company has delivered revenue growth of around 8% per year since the acquisition.

"The addition of Rosenau Transport to GLS complements and enhances our Accelerate strategy. With this acquisition, GLS expands its service in Canada significantly and aims to play a significant role as a national logistics provider for parcels, LTL, FTL and customers brokerage with US reach”, says Martin Seidenberg, CEO of GLS Group. “With its strong presence in Western Canada, high quality and entrepreneurial culture, as well as freight capabilities and parcel potential, Rosenau Transport’s model is similar to our existing Canadian business and provides an excellent fit. I look forward to welcoming Ken and the Rosenau Transport team to GLS and capturing the significant opportunities ahead of us."

Rick Barnes, President of GLS Canada says: “As we link two regional carrier networks together, with direct service to most cities and towns in the country, we will produce one of the most integrated transportation systems in Canada. The extended geographical reach will provide our 30,000 clients with a new national and international alternative for all of their shipping needs.”

Rosenau Transport will continue to be led by Ken Rosenau, President of Rosenau Transport, and will be fully consolidated within GLS for reporting purposes once the transaction closes. Ken Rosenau says: “Rosenau Transport is excited to join the GLS family and align with an industry-leading organisation that will open new opportunities and markets on a global scale. The combined transportation networks of GLS and Rosenau Transport will allow us to offer a comprehensive Canadian solution to better serve our clients. We look forward to working closely with Rick Barnes and the GLS Group to continue to champion our company’s motto – “Our Business is Built on Service, For our Customers, For Each Other and For our Communities.”